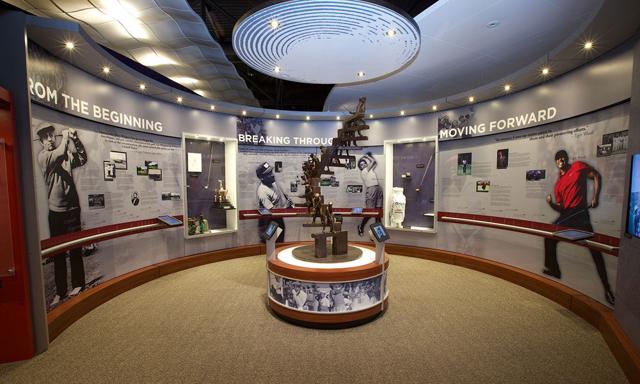 As if the U.S. Golf Association hasn’t made a big enough mark locally with its recent Golf House Pinehurst groundbreaking and its landmark inaugural Adaptive Open championship that concluded on July 20 at Course No 6, it dropped another news bomb: the World Golf Hall of Fame, a beloved piece of Pinehurst pride, is returning to the village.

With Gov. Roy Cooper and other state leaders and golf dignitaries in attendance, Hall of Fame and USGA officials announced a partnership in which the Hall of Fame will move from St Augustine, Fla. — what some consider a long exile — to the village where it was born almost 50 years ago. The center and some of golf’s most important treasures, will reside in space at the USGA’s new Pinehurst six-acre compound.

“There’s no better connection to golf’s past, present and future than Pinehurst, and no organization that works harder than the USGA to preserve the history of this great game,” said USGA CEO Mike Whan in a ceremony in the South Room of the Carolina Hotel Wednesday morning. “We look forward to celebrating the greatest moments, and golf’s greatest athletes, by including the World Golf Hall of Fame as an important part of our new Pinehurst home.

“Simply put, it just makes sense, and together with the Hall of Fame, we’re more committed than ever to delivering experiences that build even deeper connections between golf fans and those that have truly led the way in this great game.”

Cooper began his remarks by saying that “North Carolina is the home of Golf and Pinehurst is our crown jewel.” Referencing the recent CNBC network accolade naming North Carolina as the top state for business, he noted that “success has many parents” and one of them was golf. “It is a recruiting tool,” he said, and also plays an important role in “mental and physical health,” specifically refencing the pandemic and the benefit it brought so many people.

The World Golf Hall of Fame opened in September 1974 adjacent to the iconic Pinehurst No. 2 course. The $2.7 million complex featured two gleaming white concrete structures — a single-story museum and the taller shrine building.

The hall lasted 20 years in Pinehurst. Ownership was transferred to the PGA of America in 1983, which then moved the operation in 1998 to north Florida.

Plans call for the hall to close next year in Florida and reopen here in 2024. Hall of Fame induction ceremonies will be held in conjunction with the 2024 U.S. Open and 2029 second-ever back-to-back U.S. Open and Women’s Open at Pinehurst No. 2.

State Sen. Tom McInnis, a Pinehurst resident whose district includes Moore County, was instrumental in getting $7 million in financial assistance added to the state budget to help defray costs for the Hall of Fame.

“This will prove to be one of our greatest accomplishments in the game of golf on a worldwide basis,” he said.

According to the USGA, the Hall of Fame will occupy the second floor of its USGA Experience building, part of the Golf House Pinehurst now under construction on the resort grounds at N.C. 5 and Carolina Vista Drive.

“For nearly 50 years, the Hall of Fame has honored the history and legacies of those who have made golf great,” said Greg McLaughlin, CEO, World Golf Hall of Fame. “Much like the USGA, the Hall of Fame is committed to connecting with fans around the world to highlight the greatest moments and legends of the sport. This expanded partnership will create an exciting new opportunity in Pinehurst – where the Hall of Fame originated – to celebrate Hall of Fame members and their contributions to golf.”

Ernie Pearson, a consultant with the Raleigh law firm Nexsen Pruet and a pivotal player in the USGA negotiations, attributed the decision to the “Pinehurst and local leadership that had the great foresight to support the USGA coming to Pinehurst. Without that, this would not be happening.”

The USGA will be responsible for the day-to-day operations, management and artifact preservation related to the World Golf Hall of Fame displays, as well as the content, presentation and overall look and feel of the visitor experience. The association will leverage the assets of its USGA Golf Museum and Library — the most comprehensive collection of golf artifacts worldwide — to augment the visitor experience.

The Hall of Fame will continue to operate as an independent organization as part of the World Golf Foundation. It will be sole administrator of the Hall of Fame induction. The Hall of Fame also will collaborate with the USGA on digital content and other visitor interactives that celebrate Hall of Fame members and that complement the artifacts on display.

The USGA broke ground on its six-acre Golf House Pinehurst campus last month. It is the latest commitment by the USGA to uphold the region’s stature as the “Home of American Golf” and to invest more deeply in North Carolina.

Whan said the location of the Hall of Fame on the USGA campus ultimately makes the most sense and can best leverage the more than 1.1 million golfers who visit Pinehurst each year.

“You simply can’t get to No. 2, or The Cradle or No.4 or the Carolina Hotel without passing us by and that’s one of the things we love most about this new home for the World Golf Hall of Fame,” he said. “We love the idea that part of that visit now will be revisiting the roots of the greatest in this game.”

(Read the full article by Sam Hudson in The Pilot 7/20/22.  World Golf Hall of Fame Exhibit photo above by Scott C. Stevens)

FirstHealth of the Carolinas, a private, not-for-profit health care network headquartered in Pinehurst, is an acclaimed cornerstone in Moore County that steadily draws many people to our communities. Everyday, patients from 15 counties in the mid-Carolinas come to FirstHealth’s flagship hospital, Moore Regional (MRH) in Pinehurst, and other affiliated facilities to receive high quality, ... Read More » 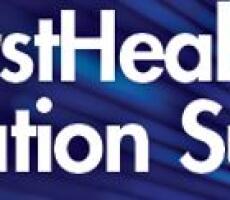 USGA reveals design of engaging, innovative campus VILLAGE OF PINEHURST, N.C. (June 6, 2022) – The United States Golf Association officially broke ground Monday on its newest campus, Golf House Pinehurst, which will include its equipment-testing facility, the visitor-friendly USGA Experience and an educational landscape feature, to be completed by the end of 2023. Visual assets ... Read More »