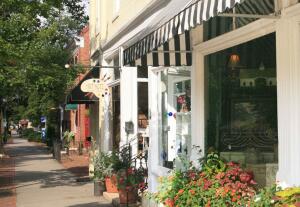 When someone tells you about living or working in a metropolitan area, you know exactly what they mean - an over-populated urban area, replete with skyscrapers, high crime rates and traffic jams.

Have you ever wondered what lies in between those busy, noisy metropolitans and sparsely-populated rural areas?

In 2003, the government created a label for smaller populations centers which increasingly fill the gaps on the map between major cities. These communities are known as ‘Micropolitan Statistical areas,’ and as of 2013, there are 576 in the country.

A mircropolitan area must have an urban area of at least 10,000 people, but less than 50,000, and is typically in one county. Micropolitans are known for being smaller economic hubs that draw workers and shoppers from miles around. They are communities with a small-town feel, but ripe with businesses and opportunities.

POLICOM describes Economic Strength as “the long-term tendency for an area to consistently grow in both size and quality”, while taking into consideration the rate, consistency and stability of the growth. The higher the ranking, the more rapid and consistent the growth is over an extended period of time.

The Southern Pines-Pinehurst Area’s ranking suggests that the Moore County area’s economy is stable and consistently growing both in size and quality, enabling residents to enjoy a higher quality of living.

One of the annual events Moore County looks forward to each summer is the flood of young golfers from around the world, and their families, who come here to play in the U.S. Kids Golf World Championship and World Teen Championship.  In the World Teen Championship, golfers aged 13-18 will be playing various courses in the Pinehurst area July 22-24, followed by kids aged 5-12 playing in the ... Read More »