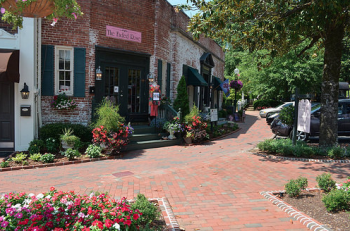 The Village of Pinehurst has been named ‘The Safest Place to Live in North Carolina’ for the second year in a row!

Known for its beautiful golf courses and southern charm, Pinehurst is also earning a reputation for keeping its citizens safe.  Safety has always been a top priority for this community, and it has certainly paid off. Pinehurst had zero murders in 2013, and it also had the fewest number of violent crimes per person as well as an incredibly low number of property crimes. Together, this led to Movoto Real Estate naming the community the safest place to live in North Carolina.

Pinehurst has received numerous other awards related to safety, as well. The area’s fire department earned the 2013 Life Safety Achievement Award, and a Pinehurst officer was named the 2013 Moore County Law Enforcement Officer of the Year. The traffic safety in Pinehurst has also been applauded; Pinehurst was named an Outstanding NC Traffic Safety Community in 2010.

The town has a number of safety programs that work to protect its residents from crime and other dangerous situations. For instance, Pinehurst uses the CodeRED Emergency Notification System, a high-speed service that enables households to be notified quickly in case of an emergency. Many citizens in Pinehurst also volunteer with the Pinehurst Community Watch, which distributes messages from local authorities in times of emergency and works with the police department to reduce local crime. Additionally, both the police and fire departments of Pinehurst provide a number of safety resources for citizens on their websites.

Pinehurst’s commitment to keeping its citizens safe has been incredibly successful. Congratulations to our town for this year’s award!

One of the annual events Moore County looks forward to each summer is the flood of young golfers from around the world, and their families, who come here to play in the U.S. Kids Golf World Championship and World Teen Championship.  In the World Teen Championship, golfers aged 13-18 will be playing various courses in the Pinehurst area July 22-24, followed by kids aged 5-12 playing in the ... Read More »