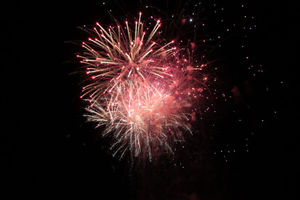 Robbins, North Carolina is a small town steeped in rich history. This community is continually growing and reinventing itself to attract talent and new forms of industry to the Sandhills of North Carolina.

Robbins was founded in 1795 by Alexander Kennedy, who moved to the area and established a rifle factory. The factory continued to produce rifles through the first half of the 19th century, and by the late 1800’s, railroads reached the town. After the town received power in the early 1920’s, manufacturing expanded, and the town became home to multiple textile mills. Since manufacturing is no longer as central to the town as it once was, Robbins is now expanding in different and exciting ways.

Robbins has a number of attractions ranging from cultural events to favorite restaurants to growing industries. For example, each year thousands of people travel to Robbins for its annual Farmers Day Parade, which (in addition to the parade) includes a 5K race and live bluegrass music. The town is also home to the Carolina Fried Chicken Restaurant, which serves delicious, traditional southern meals. And, reflecting the town’s beginnings with a rifle factory, War Sport Industries is based in Robbins, where it manufactures guns and ammunition.

Robbins is a town that continually seeks progress. The town was selected by the U.S. Environmental Protection Agency as the recipient of two grants that are part of the agency’s Brownfields Program. The grants empower communities to assess, clean up, and revitalize potentially hazardous sites, ultimately contributing to the development of these communities as a whole. The grants have directly and indirectly had an impressive impact through various initiatives.

Due to Robbins' growing Hispanic community, the grant spurred the creation of a Hispanic Leadership Team that has led projects such as a cleanup and safety program at Tracey Brown Park. Another example of a town project is the conversion of an old firehouse to a new Pre-K school facility, designed to serve children in the community who cannot be accommodated in the public school system. Robbins is also working to restore its historic Railroad Depot, a project that will both highlight the community's history and revamp the area’s downtown.

These are just a few of the initiatives that Robbins has undertaken. With projects ranging from development of mill sites to the improvement of the town’s water systems, the town of Robbins is most certainly on the rise.

Photo of the Robbins' Farmers Day fireworks show courtesy of The Pilot.