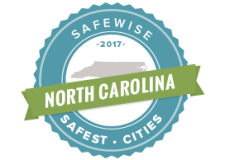 Safewise is an online home security and safety advisory site.  To identify the safest cities in North Carolina, they reviewed the most recent FBI Crime Report statistics from 2015 along with population data, eliminating all cities with fewer than 4,000 residents and further narrowing down the rankings based on the number of reported violent crimes and property crimes.

Pinehurst has a number of safety programs, such as Community Watch and Public Safety Day, that work to protect residents from crime and other dangerous situations and that rally residents to look out for one another.  The Community Watch Program solicits residents to create a deterrent to criminal activity through observation, communication, education, and teamwork.  All residents and businesses are encouraged to get involved in the program as safety ambassadors who provide additional eyes and ears for the Pinehurst Police Department in detecting and reporting suspicious and criminal activity.

Public Safety Day is a family-friendly event hosted by the Police Department, along with many other local public safety agencies, to provide education about safety topics such fire and police equipment, creating a family fire escape plan, when to use 911, and  bicycle and pedestrian safety, among many others.

Pinehurst’s commitment to keeping its citizens safe has been incredibly successful.  Ninety-nine percent (99%) of residents rate their feeling of overall safety as good or excellent, which is a testament to the hard work and dedication of Pinehurst’s public safety agencies. 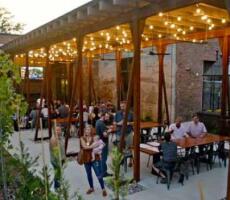