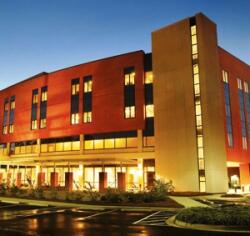 In September 1990, Dewey McClendon, a Montgomery County resident with a long history of heart trouble, became the first person to have open-heart surgery at FirstHealth Moore Regional Hospital.

Twenty-seven years of improvements in technology, medication, training and technique separate the two procedures, but the surgeons who performed them — Drs. John F. Krahnert Jr. and Peter I. Ellman — agree that the high level of care, commitment and teamwork for which the FirstHealth open-heart program has become known has never changed.  Nor do they expect it to.

“We’ve stayed true to our core values,” says Krahnert. “For me, what we have done from the first patient to the 8,000th is truly patient-centered care. We treat our patients like we would treat our own family. We’ve built the program on that approach.”

I feel very lucky to be a part of a program that really delivers world-class cardiovascular care for the people who live in the Sandhills of North Carolina,” Ellman says.

“The nurses and staff were great,” says 53-year-old Lebo. “There was not one time that if I needed someone that someone wasn’t there. Dr. Ellman has been very, very nice.”

In addition to Ellman, the surgeons on the FirstHealth open-heart team include Drs. Art Edgerton and Cliff Kitchens, who joined the program just a few weeks ago.  Earlier this year, Krahnert put aside his surgical scrubs to concentrate on his administrative duties as FirstHealth’s chief medical officer.

In its 30 years of advanced cardiac care, FirstHealth has continuously expanded the program by adding physicians specializing in such procedures as minimally invasive transcatheter aortic valve replacement (TAVR) and by consolidating services into the multi-million-dollar Reid Heart Center on the Moore Regional campus in 2011.

It is the care and advanced services like these that have contributed to FirstHealth Moore Regional Hospital, including its Richmond and Hoke County campuses, being named one of America’s 100 Great Community Hospitals in 2017, according to a study released earlier this year by Becker’s Hospital Review.

Becker’s has published a version of this list annually since 2011, and this is the third year Moore Regional has been included. For the purposes of this list, Becker’s defines a “community hospital” as one with fewer than 550 beds and has minimal teaching programs.

Hospitals included on the Becker’s list are recognized for quality, patient satisfaction and overall excellence and play a key role in their communities as the centerpiece for health care in many occasions.  They are industry leaders in innovation and quality patient care, and have received recognition across various publications and accrediting organizations.

Truven Health Analytics named the MRH among the 100 Top Hospitals for the fifth time in 2017.

FirstHealth’s Moore Regional Hospital and Reid Heart Center are indeed 2 special jewels in Moore County’s crown.  Residents are truly fortunate to have access to such advanced, nationally-acclaimed healthcare right here in our own community.