Growing up along Maryland’s eastern shore in the 1970s, Terri Holt spent her summers in Moore County with her grandparents and extended family. Years later, after tiring of the high cost and constant traffic in suburban Maryland, Holt searched for a community in which to raise her daughter, shift professional gears and pursue her passions.

“North Carolina was more affordable, and all I really knew was Robbins,” says Holt, who in 1998 relocated to her mother’s hometown in this remote corner of Moore County. Since then, she’s built her own 3,800-sq.-ft. home, started a business, home-schooled her daughter and won two terms on Robbins local governing board. 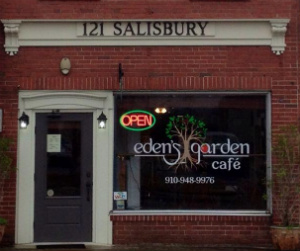 With little more than a fondness for cooking, Holt opened Eden’s Garden Café in a vacant main street shopfront. Named for her daughter, the establishment serves a menu of salads, sandwiches, soups and hot meals made from fresh local ingredients. “We don’t fry anything, and we try to use as little processed food as possible,” she says. The healthier menu includes a tarragon-laced chicken salad that is arguably Moore County’s finest. “It’s one of our most popular items.”

In addition to Holt and her daughter, Eden’s Garden Café employs a workforce of three. Unique among local eateries, its modern spin on Southern favorites draws a young clientele from Robbins and nearby communities, hungry professionals with business in town, local retirees and curious visitors. “Our customers are seeking an alternative to fast food and conventional country cooking,” says Holt.

Affordability, healthy and convenience – all themes central to Eden’s Garden brand – are recurring themes in Holt’s life and work. “You can rent a building here for as little as $350 to $500 a month,” says Holt, whose 15-year career in commercial and residential real estate back in Maryland sharpened her keen eye for properties with potential. In 2005, such skills enabled the environmentally conscious Holt to design and build her own strawbale house – the energy-conserving, material-efficient residences increasingly popular in the western U.S. “We were the first in Moore County to do that, and the house was used to help set the codes for straw homes in North Carolina,” says Holt. 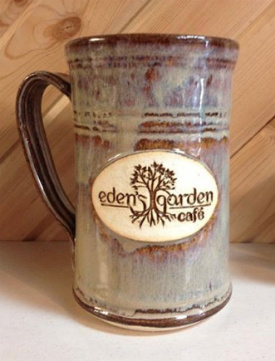 Like most small-business owners, Holt works hard. But she still finds time to make and sell pottery, a longtime avocational interest she cultivated as a teenager. While keeping up with daily to-do’s at Eden’s Garden, she eyes potential expansion of her café to a second location – in Pinehurst, perhaps, where her mother lives. “I would love to expand the business,” Holt says. She and daughter Eden, an 11th grader, recently learned about social media marketing through a small business seminar at Sandhills Community College and are now adept at using Facebook as a promotional platform. Eden, an avid shutterbug, has also taken photography classes at the college.

In the years since her relocation to Robbins, Holt has been encouraged by positive developments in Robbins despite its small size – the town’s 2012 population estimate approaches 1,200 – and relative isolation. “It’s gotten better,” she says, “though it’s slower to change than other Moore County communities.”

Holt lends her quiet but steely determination for progress to the town as an elected public servant. She’s into a second four-year term on the town’s Board of Commissioners, and giving serious consideration to a third. With the once-humming textile industry of her grandparents’ generation now a memory, Holt is excited about a new multi-county commerce park in development not far away and its prospects for bringing new businesses, jobs and people soon.

“There are outdoor things for people to do,” Holt reports. “That’s just getting started.” Foothills Outdoors, a Robbins non-profit, organizes a “Bearthalon” that includes a kayak race and fun run. Main Street redevelopment is taking place, with plans for a theater just a few doors down from Eden’s Garden. “That will help business,” she says. Robbins Farmer’s Day, a weekend-long festival, draws about 30,000 attendees to the town each August. “We’ve increased the number of events in town,” Holt says, which has energized the community and gained attention.

“There’s a lot of good stuff going on around here,” she says. There is potential for more retail, entertainment and commercial development in the coming decade. On her wish list is local hotel or B&B, something Robbins currently lacks. “I can picture it being a place people really want to go,” Holt says. “We’re the only place in Moore County that really has a lot of room left to grow.” 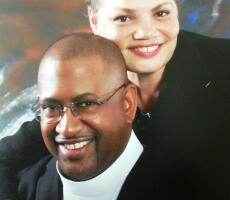 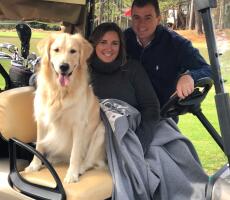