Jason and Michelle Howk are no strangers to Moore County, but they never realized that they would retire here.  After Jason’s 15 years of duty as an officer and 14 moves, they consider their move to Pinehurst to be their last because Jason says they have found “a vibrant and intellectually curious community” here.

Jason first became familiar with Moore County while stationed at Fort Bragg as an enlisted Infantry Paratrooper in 1991.  Five years after arriving at Fort Bragg, he met his future wife Michelle Duke of 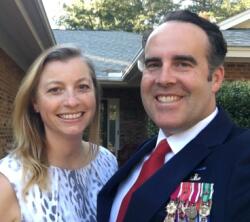 Fayetteville.  After going to Auburn University together from 1996-2000, they bought their first home in Fayetteville.  The events of September 11th would send Jason abroad for a couple of years and Michelle would hone her artistry and banking skills over time to stay engaged in the community.

Jason became a specialist on the Afghanistan-Pakistan war and was trained in critical Middle East issues as the Army sent him to earn a Master Degree in Middle East and South Asia Security Studies from the Naval Postgraduate School, as well as studying the Dari (Afghan-Persian) and Arabic languages found in the region.  With this expertise, he was asked to work with 3 senior Generals as they maneuvered the strategic and policy level issues in Afghanistan.

In 2010, as Jason was serving again in Kabul, Michelle suggested they buy their retirement home in Pinehurst just a short walk from the charming village center.  After Jason retired from the Army as a Major, he and Michelle moved to Pinehurst in 2015.  Shortly thereafter, Jason gave a talk at Pinehurst’s Given Memorial Library about the Middle East and America’s role in it which ended up leading him to his second career as a public speaker, author and now a college faculty member at three institutes, including Sandhills Community College.  Jason says the short drive from Pinehurst to the international airport in Raleigh has been critical to his new career.

Since moving to Pinehurst, Jason has written a book that addresses some of the questions that Americans have about Islam and the Middle East.  He credits the Weymouth Center for the Arts and Humanities’ Writers-in-Residence Program in Southern Pines and Rob and Julie Neff with assisting him in writing “The Qu’ran:  A Chronological Modern English Interpretation”.  Jason is quick to say that Pinehurst isn’t just for golfers because he has found dozens of authors and Michelle has found many fellow artists thriving among the quiet pines.

Jason also volunteers for the Patriot Foundation of Pinehurst that helps fund and award scholarships to the families of those warriors who have fallen or been wounded since September 11, 2001.  This position allows Jason to stay in close contact with the military units at Fort Bragg where he also volunteers as a guest instructor to help deploying units understand Islam and Middle East culture.  He is also spearheading an effort to form a Veterans Business Guild for local business owners who are veterans or military spouses.  In their spare time, Jason and Michelle relish their daily long walks around Pinehurst as they enjoy their semi-retirement. 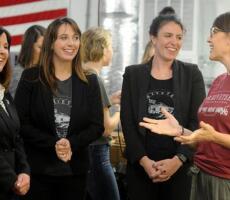 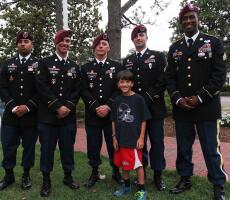