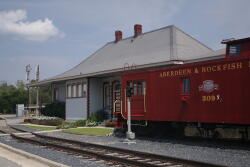 Located in the southern part of Moore County, the Town of Aberdeen is full of historical character. Settled by Scottish emigrants in the 1700’s, the Town was known as Bethesda and Blue’s Crossing before it adopted its current name in 1888.  In 1892, John Blue built a rail line off of the Raleigh & Augusta Air Line in Aberdeen eastward reaching Fayetteville and the Cape Fear River, making Aberdeen a central hub for industry and manufacturing.  It was incorporated in 1893.

Today, as the third most populous community in Moore County, Aberdeen is still a commercial, industrial and railroad hub in southern Moore County, served by the major US Highways of 1 and 15-501, NC Highways 5 and 211, as well as by 3 railroads.  The Town of Aberdeen has an active downtown and a National Register Historic District which is home to a number of galleries, boutiques, and cafes.  Aberdeen is home to the Malcolm Blue Farm and Museum, an 1825 antebellum farm, and Bethesda Church founded in 1790.  It is also home to Railhouse Brewery, Moore County's first craft microbrewery!

Major industries that are thriving in Aberdeen include:

Open for business, Aberdeen is a bustling community with the allure of a small southern town. 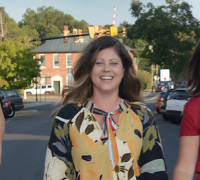